With the weather as it is, we’ve been dreaming about heading off to sunnier climes and there are few places better to consider for some sun than the Caribbean.

It’s a fantastic place to explore on a cruise holiday and we’ve selected a handful of experiences that you could do at the same time to make that Caribbean adventure even more memorable.

Swim with pigs in the Bahamas 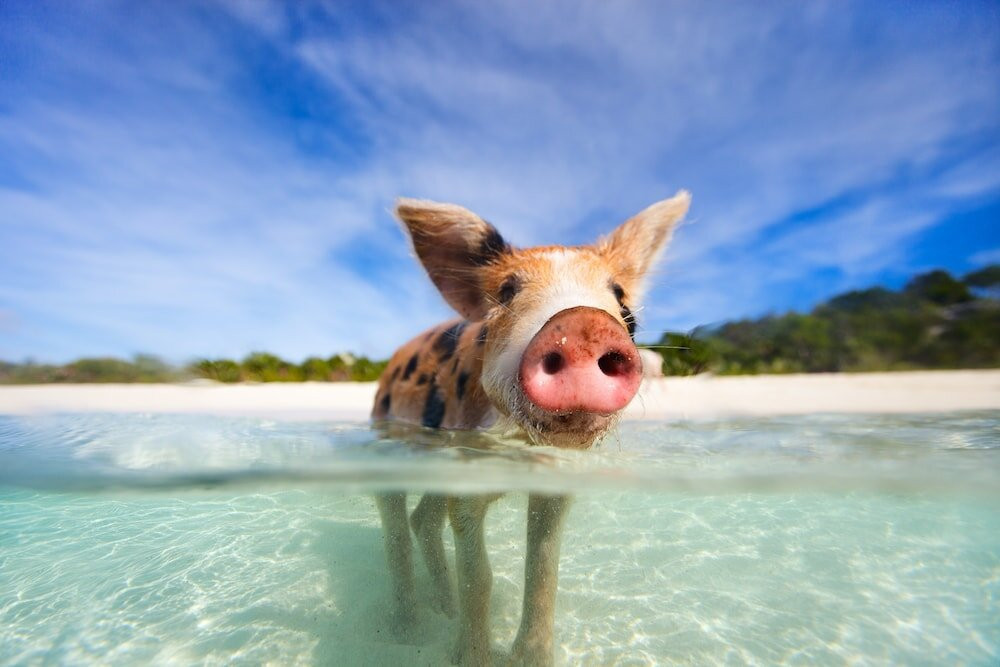 Swimming with dolphins on holiday is nothing new, but for something completely different, what about taking a dip with a herd of friendly pigs instead?

Take a boat tour through the Exuma Islands and you’ll be able to enjoy a unique experience unlike anything else you might find when on a cruise holiday, no matter where in the world you have elected to travel.

Big Major Cay is one of more than 300 islands in Exuma and is uninhabited by humans. It is, however, home to a herd of wild pigs that have become one of the most unique attractions anywhere in the Caribbean.

No-one is sure exactly how the pigs came to be there, with a number of different stories having emerged through the years. One story suggests that the pigs were left on the island by sailors who intended to come back at a later date to cook them but never returned, whilst another is that they managed to make it to shore after being on a ship that went down nearby.

Regardless of how they actually got there, the pigs have certainly made themselves at home and are more than happy to share the island with visitors - particularly those who have brought some food along with them!

Should you visit early in the day then there is a good chance that the pigs will be happy to go for a paddle in the water with you but leave your trip until the afternoon and you’re more likely to find them relaxing on the sand having had a good feed.

Let’s be honest. If you are fan of diving then there is no shortage of options when it comes to the Caribbean where you can go below the surface of the water to explore the stunning sights around the many and varied coral reefs.

However, there are few that can match the majesty of Lighthouse Reef, which sits around 50 miles from mainland Belize on the fringes of the Caribbean and is the furthest atoll from the coast.

Comprising of several islands, the atoll is well visited by tourists who want to explore one of the healthiest reefs in the area, with clear and welcoming blue waters that are ideal for both expert divers and total novices alike.

There are also various islands, including Half Moon Caye - which is part of the UNESCO World Heritage Listed Belize Barrier Reef. The island is home to a range of wildlife and during the summer months, it isn’t uncommon to see turtles nesting on the beach. You can also expect to see plenty of fish in the surrounding waters, which features a dramatic 'wall' where the atoll suddenly drops away.

More experienced divers will enjoy tackling various swim-throughs, small tunnels within the walls that are waiting to be explored whilst under the surface.

Arguably the most famous attraction however is the Great Blue Hole, which was made famous by the explorer Jacques Cousteau in the 1970s, when he described it as one of the best diving sites in the world. More than 1,000ft in diameter and going down to a depth of over 400ft, the Great Blue Hole is very much a 'bucket list' destination for anyone who wants to dive and explore the living coral that is teeming with all sorts of marine life. 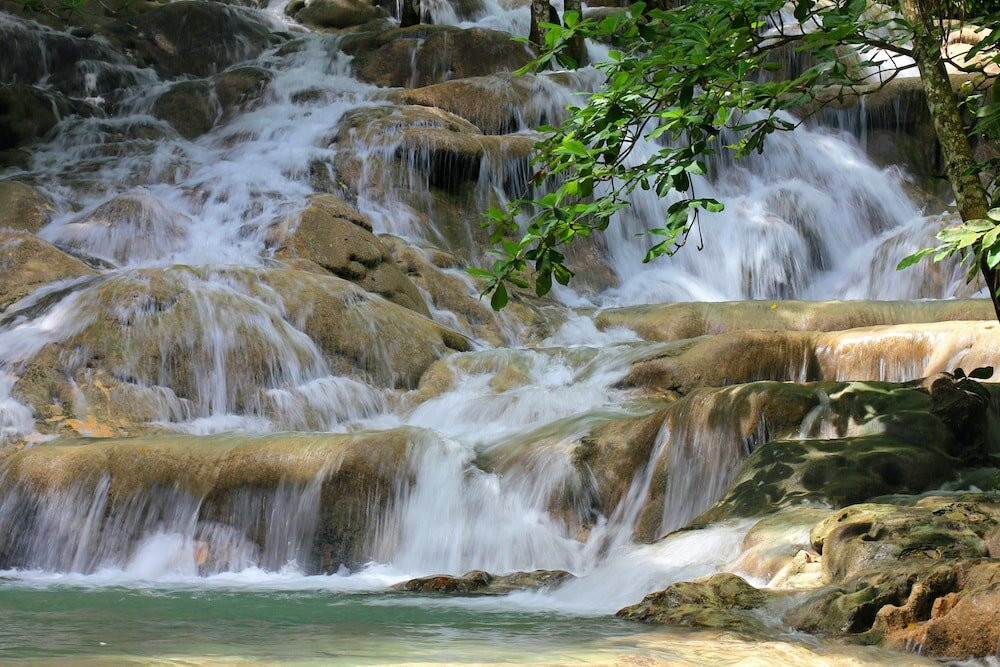 Stunning sandy beaches are a feature across the Caribbean but there is plenty to explore when you head away from the coastal regions - with Dunn’s River Falls on the island of Jamaica being one such attraction.

One of the island’s national treasures, the falls are located close to the coastal resort of Ocho Rios, which in itself is a popular port for cruise lines that are operating trips around the Caribbean.

Visited by thousands of people every year, the falls have become one of the major tourist attractions in the area and are made up of a number of terraces created by travertine - a form of limestone that has been deposited by the natural spring water as it travels from source to sea.

Those ongoing deposits mean that the falls are actually ever-changing; something of a unique phenomenon that you will only find in a select number of locations across the globe.

What makes Dunn’s River Falls different to many waterfalls isn’t the height, but the length, with the terraces meaning that they go on for nearly 200m as water flows down from the top to the bottom.

Given the terraced nature of the falls, and the fact that the none of the drops are overly large, one popular activity is to climb the falls from bottom to top, although there is a footpath alongside for those who don’t want to get wet.

With plenty of rock pools in which to take a break on the way up, and the surrounding trees providing shade from the sun overhead, it’s a fun-filled experience to enhance any Caribbean adventure. 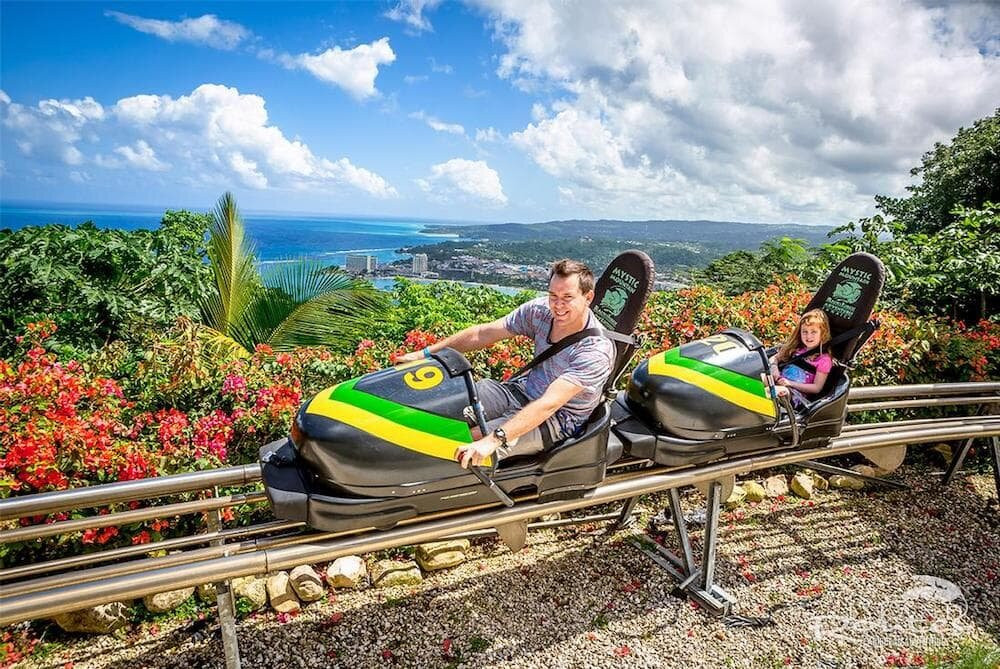 When Jamaica rocked up at the Winter Olympics in Alberta, Canada in 1988 with a bobsled team there were plenty of raised eyebrows.

What happened next has been immortalised in the history books after the team’s final run ended in heartbreaking fashion with a high-speed accident, with the hit film Cool Runnings - based loosely on what happened - re-telling the story to millions in the years that have followed.

Whilst the island doesn’t have traditional bobsled tracks, for obvious reasons, there is the chance to try the next best thing when you arrive on Jamaican soil with a trip to Mystic Mountain near to Ocho Rios.

Within the rainforest close to the coastal resort, there are various activities that have been designed with thrill seekers firmly in mind and a special bobsled tour is right at the top of the list.

Running on rails rather than ice, you’ll be able to travel at high speed through the forest on an exhilarating adventure that you’ll not forget in a hurry.

"Feel the Rhythm! Feel the Rhyme! Get on up, it's bobsled time! Cool Runnings!" 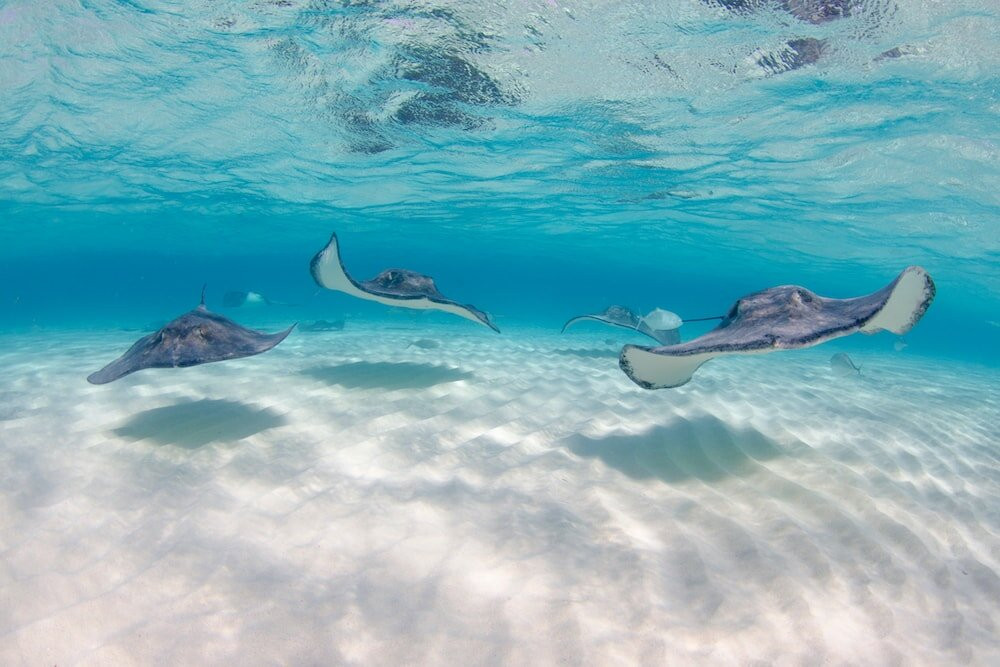 Located around 25 miles off the coast of Grand Cayman, Stingray City is one of the most popular attractions in the Cayman Islands - and one that is well worth a visit if you are taking a trip around the Caribbean.

Stingray City sits in shallow waters and is made up of a number of sandbars that - as the name suggests - are home to a large number of stingrays.

A number of trips out to the sandbars are available for tourists who want to experience the opportunity to get up close to these majestic creatures in their natural environment.

Because the sandbars are located in shallow waters in the North Sound area, you don’t need to be an expert diver to take part, with the option of walking in knee high water as the animals swim around you.

As well as swimming alongside the stingrays in the deeper sections of water, you will also have the chance to take part in feeding sessions and secure unique photos of an experience that you’re sure to remember for the rest of your life.

Take a step back in time 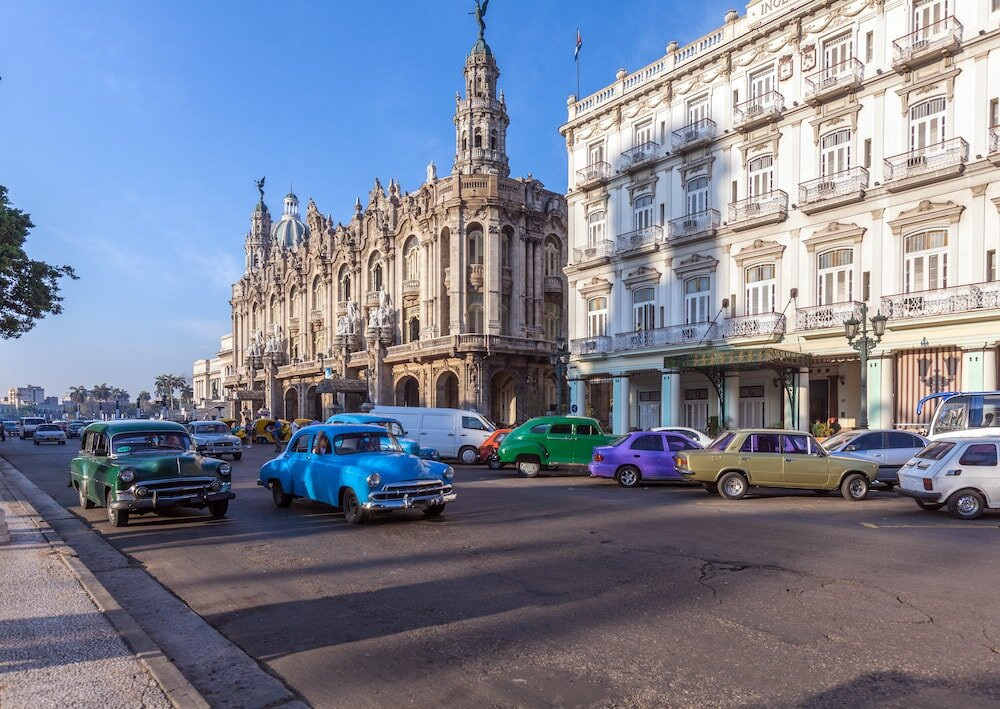 There are plenty of places across the island of the Caribbean where you can take a step back in time and see how people used to live, but one the best is to be found on Cuba - and specifically the capital city Havana.

The long and well documented trade war with the USA meant that Havana, like the rest of the country was a city that stood still - giving it the kind of unique charm that you won’t find anywhere else.

Although things have changed in recent years, Havana remains a city where you’ll be able to embrace history and culture no matter which way you turn - most notably in the area round Old Havana.

Known locally by the name Habana Vieja, the historic centre of the Cuban capital is packed with buildings of historical importance, so much so that it has been placed on the UNESCO World Heritage list.

Structures like the Castillo del Morro, La Cabaña, the Catedral de San Cristóbal and the Museum of the Revolution - found in what was once the Presidential Palace - are amongst the sites you might want to visit.

For a unique way in which to see the sights, you could take a trip in an old American classic car, which can be found across the city and only add to the sense of charm you’ll enjoy whilst ashore.