Do a quick search on Google images for a picture of Rio de Janeiro and you’ll be greeted by countless versions of one of the most iconic images anywhere in South America.

That image features the world famous statue of Christ the Redeemer with its arms outstretched looking down across the sprawling city below, with the backdrop of Sugarloaf Mountain and the clear blue waters of the Atlantic Ocean that lap up against Rio’s bustling beaches.

The colossal statue of Jesus Christ is situated at the summit of Mount Corcovado, which is located in the Tijuca Forest National Park on the fringes of Rio de Janeiro.

Access comes via the Corcovado train, which is something is something of an attraction in itself as it travels up from the city below, with the chance to take in views of the city as you make your way up to the summit.

Panoramic elevators and escalators have been put in place to ensure that more people are able to access the main platform that surrounds the statue, although a further 200 steps need to be climbed to get right up close. 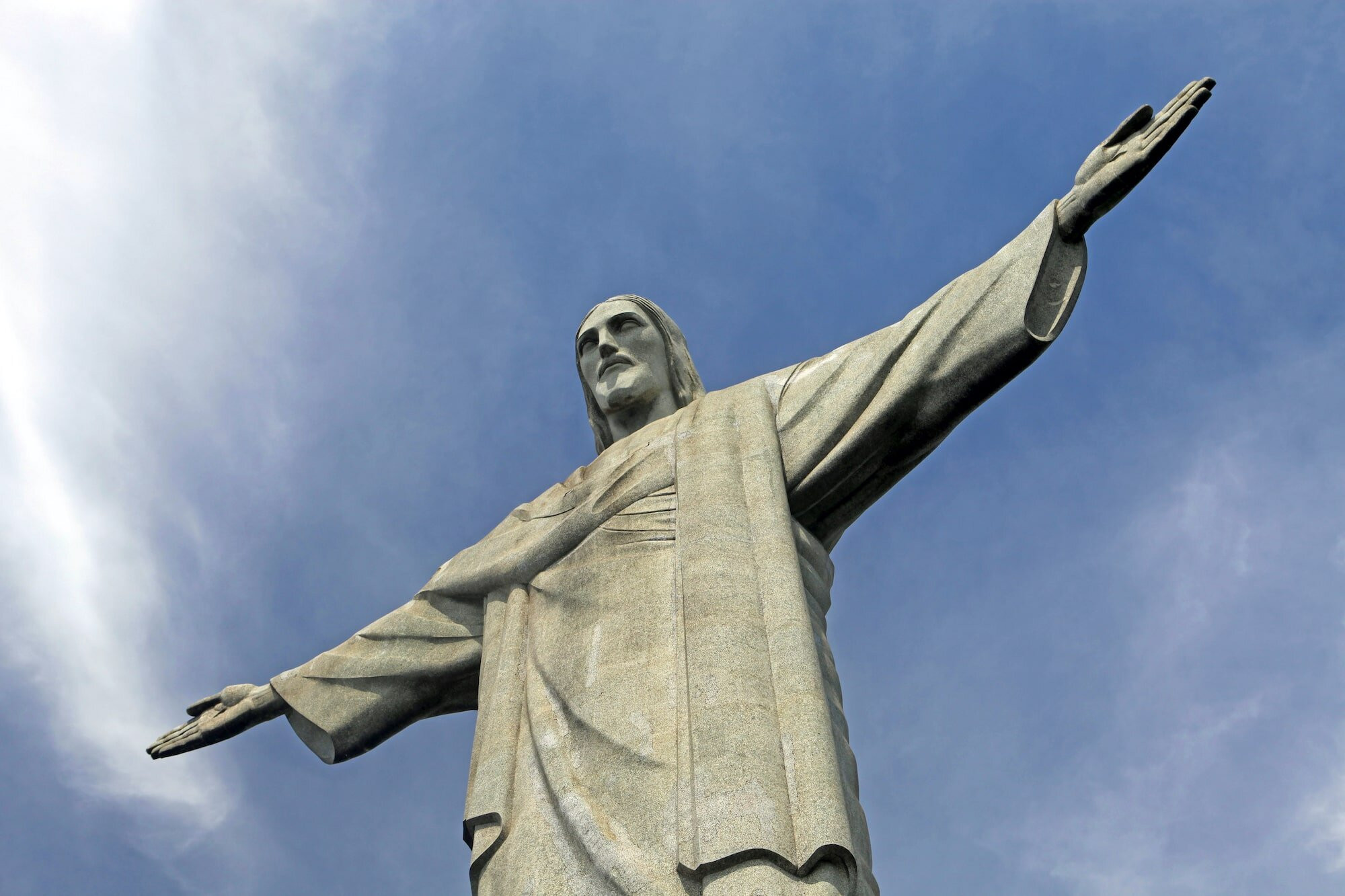 The towering statue is listed as one of the New7Wonders of the World alongside a number of other famous monuments, including the Colosseum in Rome, the Taj Mahal in Agra and the Great Wall of China.

That’s despite the fact that Christ the Redeemer, or Cristo Redentor to give it its local name, was only built in the 20th century whereas some of the others date back thousands of years.

The Roman Catholic archdiocese of Rio de Janeiro was behind the proposals for the statue to be built, with a desire to put the statue onto the summit of Mount Corcovado to ensure that it could be visible from anywhere in the city.

For that reason, the statue has become a symbol of christianity across the world, as well as a cultural icon for both Rio de Janeiro as a city, and wider Brazil as a whole.

Once permission for the statue was granted, the first stone was laid in a ceremony on 4 April 1922 to commemorate the day of Brazil’s independence from Portugal, a competition was then held to determine who would design the finished statue.

After the design was finalised and the sculptor who would create the finished article was selected, work then began and - understandably given the size of the project - would continue for a number of years before Christ the Redeemer was finally completed and proudly took its place overlooking the city.

Over the years, restoration work has been carried out on a number of occasions to ensure that Christ the Redeemer to continues to look its best, with repairs carried out as required and regular cleaning also taking place - such as in 1980 when Pope John Paul II was visiting Brazil and the statue had to be cleaned before his arrival.

Although a spectacular sight during the day, Christ the Redeemer arguably becomes even more impressive on an evening, when it is illuminated by bright lights that ensure it stands out against the dark night sky. 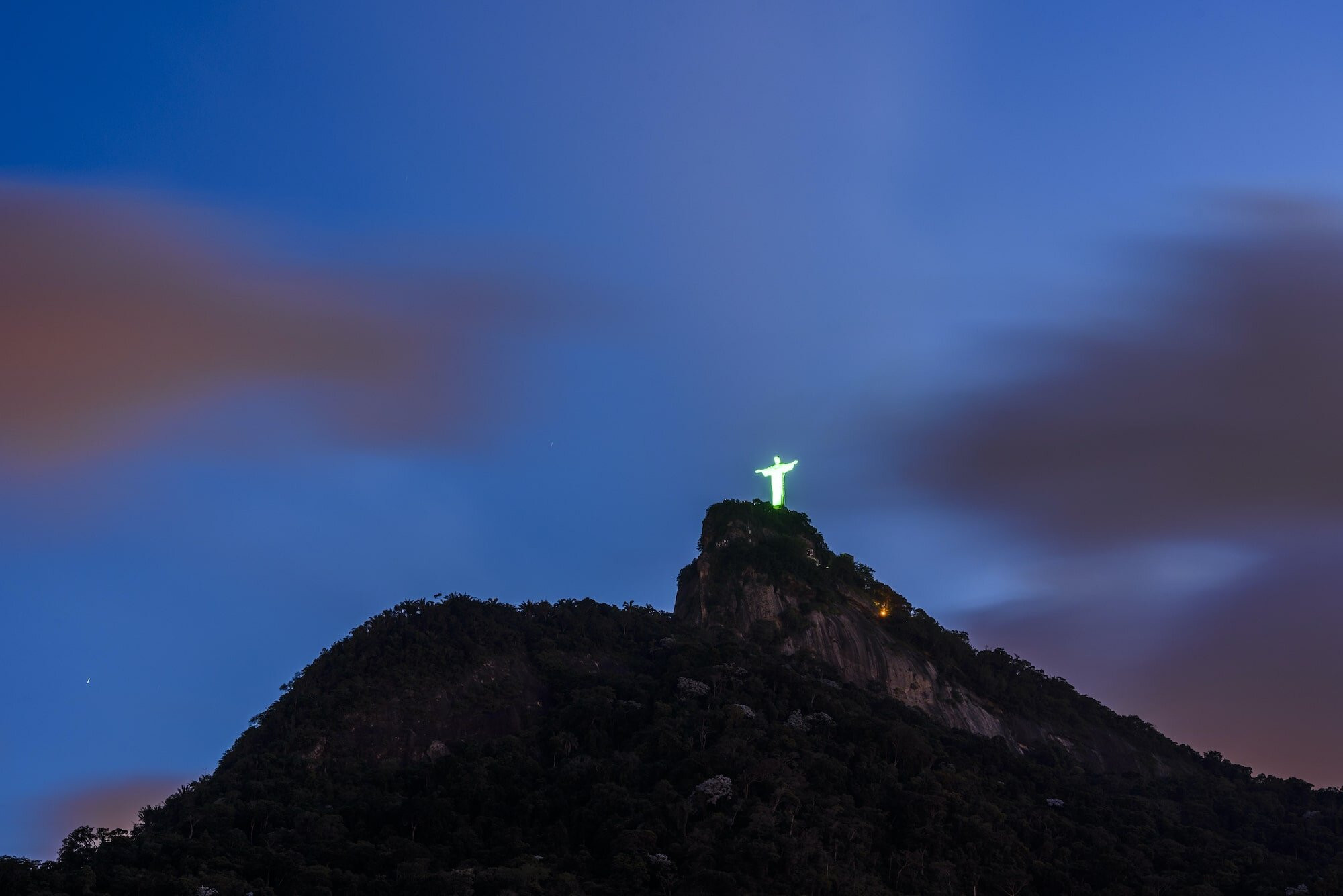 Here are 10 amazing facts about the Christ the Redeemer Statue in Rio de Janeiro:

1: Christ the Redeemer was built using reinforced concrete and has 6 million soapstones. Some say the workers wrote notes on the back of some of the tiles, meaning there could be lots of hidden messages within.

2: The original design was different to what is on show today.  Jesus Christ was meant to be holding a globes in one hand and a cross in the other.

4: Christ the Redeemer is one of the largest statues of Jesus Christ and the tallest art deco statue in the world.  It stands at 30 metres high with an arm span of 28 metres.

5: Due to its mountain top location, it is prone to lightning strikes, getting struck around 6 times a year.  In 2014 it was struck and broke one of the statue’s thumbs.

6: The Christ the Redeemer Statue was not actually built in Rio de Janeiro, Brazil.  Originally it was built in clay pieces in France by Paul Landowski.  These pieces were shipped to Rio de Janeiro in Brazil and remade with reinforced concrete. This creation was carried out by Brazillian and French engineers Heitor da Silva Costa and Albert Caquot.

7: A chapel was consecrated under the statue in 2006 by Cardinal Eusébio Oscar Scheid, meaning it is possible for catholics to hold baptism and wedding services at the statue.

8: Each year, Christ the Redeemer is visited by nearly 2 million people.  In just one day there was once reported to be a huge 14,000 visitors; this was during Easter 2011.

9: Due to the Christ the Redeemer statue in Rio de Janeiro, house prices have slowly increased.  Even those with a slight view of the statue are higher than those in the same area with no view at all. 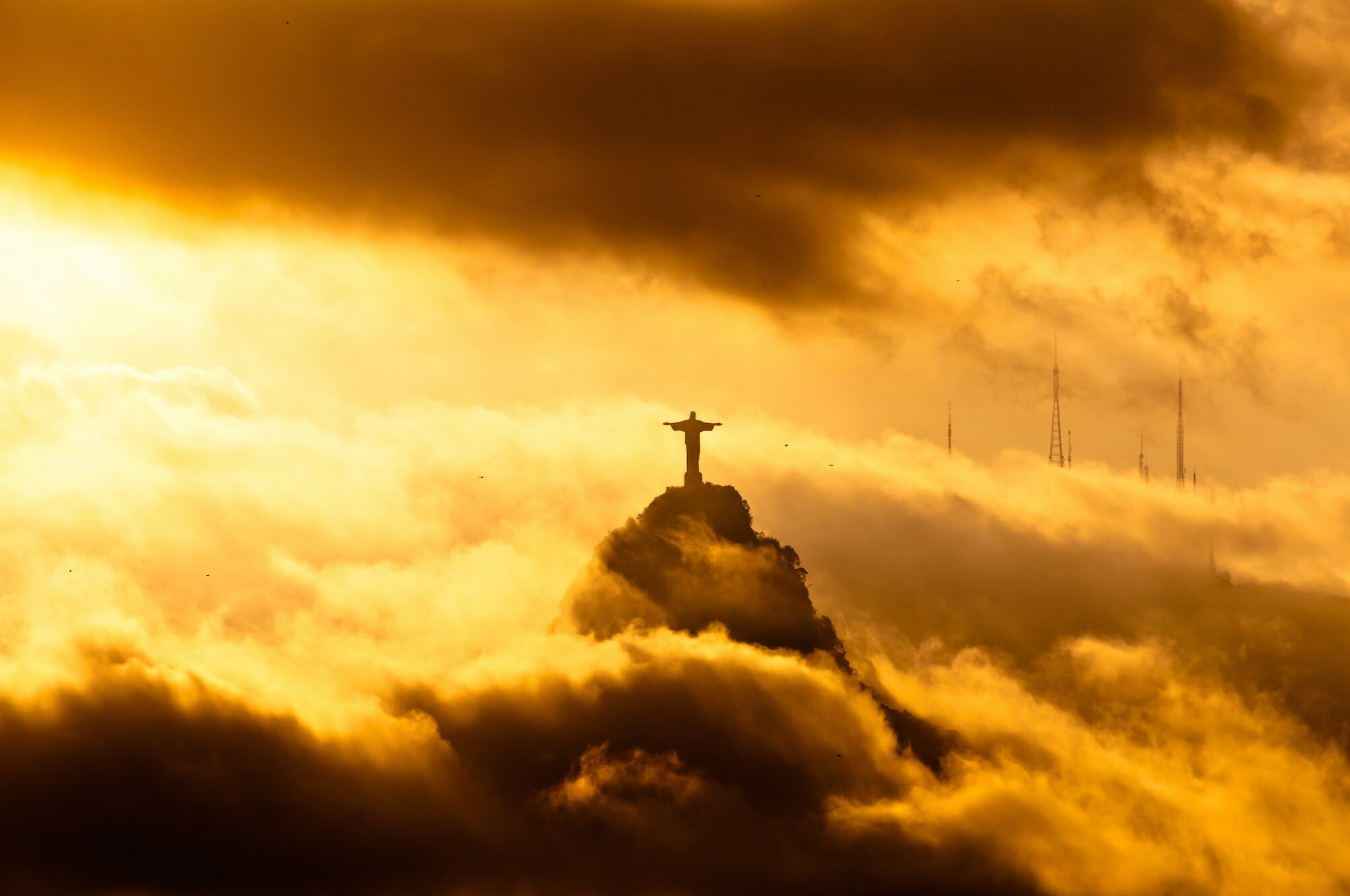