As with many of the major cities on the continent, Buenos Aires is a city that is jam-packed with history and culture going right back to the 1500s when it was founded by settlers who were exploring the high seas from Europe.

That European influence is still very much evident across the city, where it blends with the latin passion for which Argentina is so famous to make Buenos Aires a fascinating place to visit.

That applies regardless of whether you simply have a day to spend exploring some of the major attractions whilst cruising around South America, or during an extended break before or after you sail.

As a large number of sailings either start or end in the city, such a break is a fantastic way in which to enhance an already spectacular cruise experience by giving yourself more time to explore one of its most stunning destinations.

It was two Spaniards - Pedro de Mendoza and later Juan de Garay - who founded (and then re-founded) the city in the 1500s, Buenos Aires took time to grow into the huge city it is today, thanks in no small part to the fact to Spain’s strict trade regulations with its colonies.

Ships heading for South America with protection from the military were only able to dock in Lima, which meant any goods destined for Buenos Aires took months to arrive. As a result, the growth of Buenos Aires was slow and steady, and it was only through a contraband trade network that the city began to really flourish.

Spain would eventually relax its trade rules as Buenos Aires saw more rapid growth, with independence in the early 1800s being followed by an economic boom that saw immigrants flood in from overseas.

It is as a result of this that Buenos Aires developed a truly multi-cultural identity that remains to this day, with huge mansions built by the rich during the boom years helping to give the city a nickname of the Paris of South America; a name that has stuck ever since. 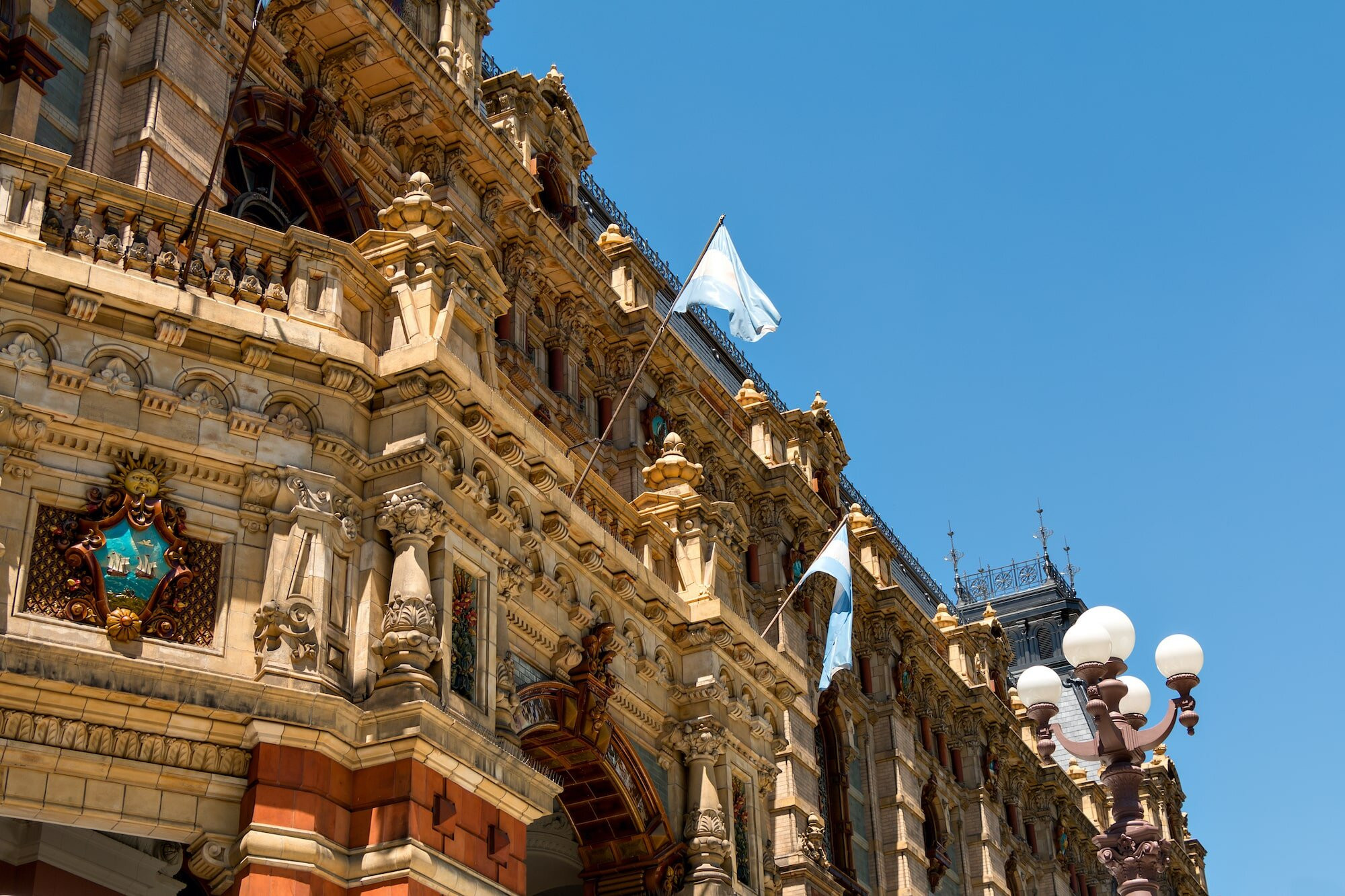 Whilst a number of political and economic struggles have impacted on Buenos Aires through the years, the city has continued to be the most important city in Argentina and one of the most visited in Latin America.

But what is it that draws in those millions of visitors every year, both from within Argentina and also from further afield…

Although the sprawling city is made up of nearly 50 different barrios, or neighbourhoods, the main attractions you are likely to want to visit are located in a select few located towards the coastal areas, away from the more residential and industrial parts of Buenos Aires.

Once docked in the district of Retiro, you won’t have to go far to reach one of the most important historical sites in the whole city, Plaza de Mayo, in nearby Monserrat. In fact, the square - which is named after the revolution that started in May 1810 - is one of the most important sites anywhere in Argentina, having been the scene of a number of key historical events through the ages.

That goes back as far as de Garay’s second founding of the city, through to the revolution, a raft of political protests, a famous speech by Eva Perón and audiences with the Pope.

In fact the current pontiff, Pope Francis, led mass for some 20 years in the Metropolitan Cathedral overlooking the square before taking up his position in office. The imposing building, which features twelve Neo-Classical columns and takes on the appearance of an ancient Greek Temple, now houses a special museum that includes a number of the Pope’s personal objects as well as the mausoleum of San Martín and the Unknown Soldier.

The cathedral is one of a number of important landmark buildings that can be found in the area around the square, including the Cabildo of Buenos Aires (which was once the seat of the town council) and the Casa Rosada - the executive mansion and office of the President.

Regarded as a National Historic Monument, the famous pink building is partly open to the public through a series of guided tours, and via a museum that includes artefacts dating back to the time of Spanish rule. 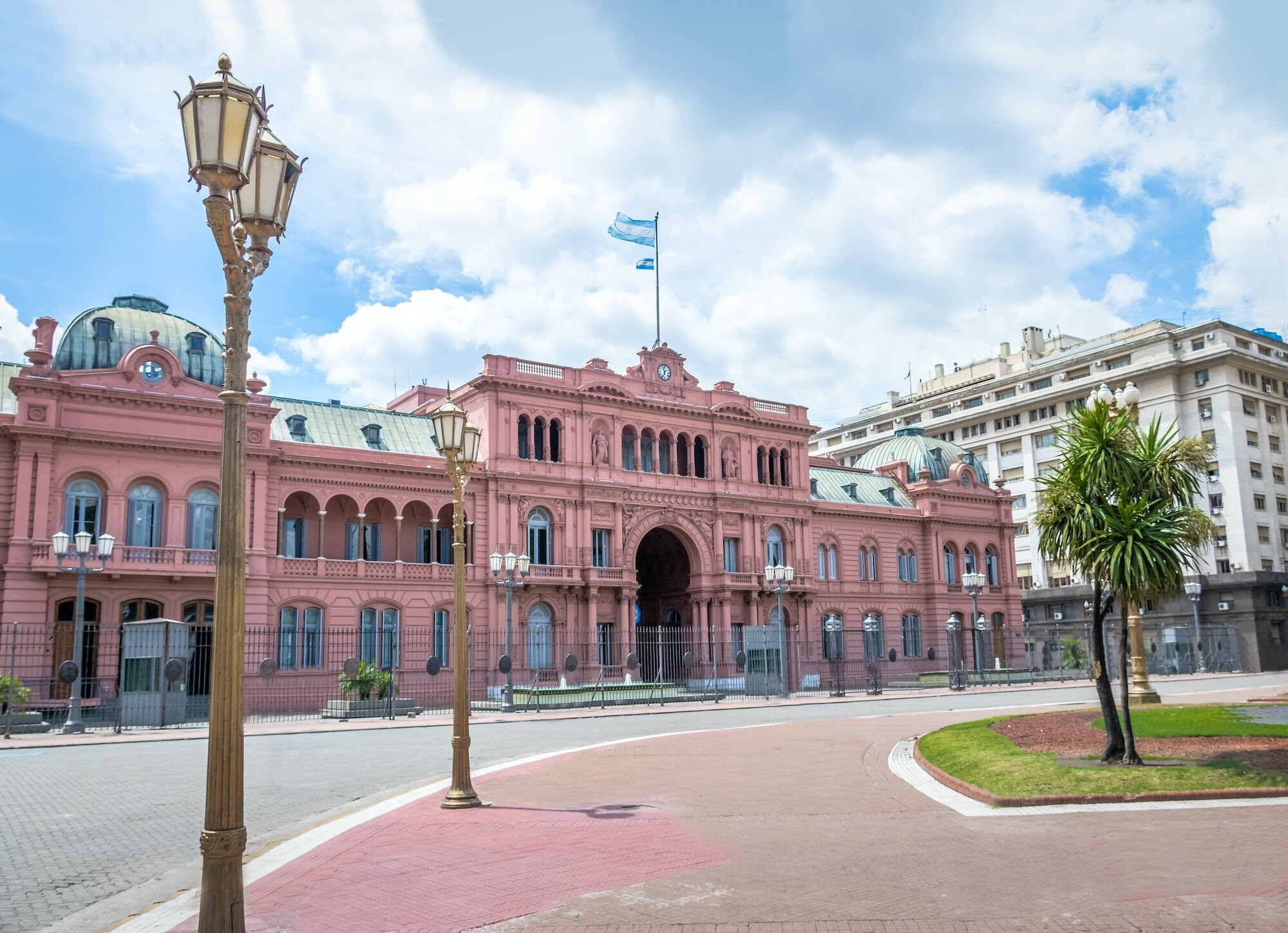 Monserrat is also a great place to see some of the oldest buildings in Buenos Aires, and its a similar story in San Telmo, where you can marvel at historical old structures that date back to colonial times, with the barrio having a distinct European flavour to it as a result.

This is also one of the best areas in Buenos Aires in which to explore contemporary art in the various galleries, or to see street performers showing their skills as the sound of tango music floats through the air.

The sultry dances that accompany the music were actually born in Buenos Aires, so there can be no better place to see it performed. You could even give it a go yourself if you feel in the mood for dancing and the romance of the area wins you over….

Once you’ve taken in the architecture and enjoyed the dancing, San Telmo is also one district where you’ll find no shortage of options when it comes to food and drink, with Argentinian steak being something you’d be well advised to sample.

Let’s just say that you won’t be left disappointed…

Elsewhere you could see the influence that Italian immigrants have had on the city during a trip to La Boca, whilst the barrio of Palermo is where you’ll find the impressive Botanical Gardens - which is a great place to escape the busy city streets.

Arguably the most important barrio for tourists however is Recoleta; a region that is packed with historical monuments and cultural attractions as well as some of the most impressive architecture anywhere in the city.

Alongside plenty of parks and open green spaces, Recoleta is also home to the world famous Cementerio de la Recoleta - which has been one of the most important cemeteries in Argentina since it was established back in the 1820s. 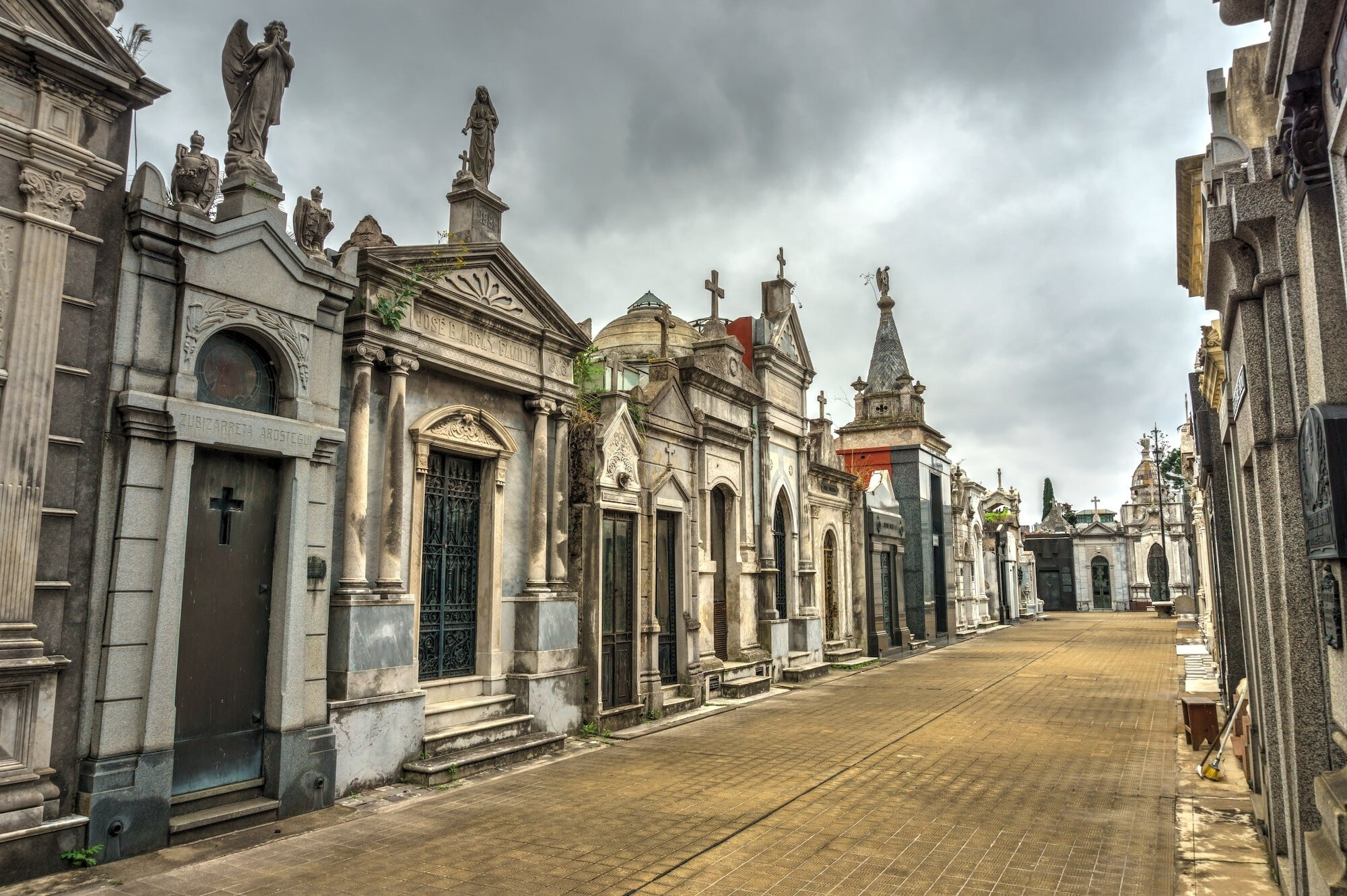 The 14 acre site contains a number of vaults that have been declared as National Historical Monuments by the government and is famed for the many elaborate mausoleum and statues that reflect a wide range of different architectural styles.

Amongst the famous names who have been laid to rest in the Recoleta cemetery is former First Lady of Argentina Eva Perón, who died in 1952 at the age of just 33. A state funeral saw millions of people line the streets of Buenos Aires, with plans to display her body in a special monument that would stand in her memory.

When her husband was overthrown in a coup however, Perón’s body was removed from display and would end up in a crypt in Milan, where it would remain until the 1970s. It was then exhumed and taken firstly to Spain, before eventually being returned to Argentina so she could finally be laid to rest.

The musical production Evita has ensured that Perón remains a cultural icon across the world, which is why her burial place has become one of the most popular places to visit within Argentina.

Anyone with further desire to embrace the culture of the city will enjoy a visit to the Colon Theatre, which is widely regarded as one of the most important opera houses in the world and dates back to the early 1900s.

Having undergone extensive renovation work in recent years, the theatre is home to a number of shows throughout the year, which are well worth a visit should your time in the city allow.

Whether you are visiting for a day, or have taken up the opportunity to extend your cruise with a longer stay in the city, Buenos Aires is a city where you’ll be able to create memories that will last a lifetime. 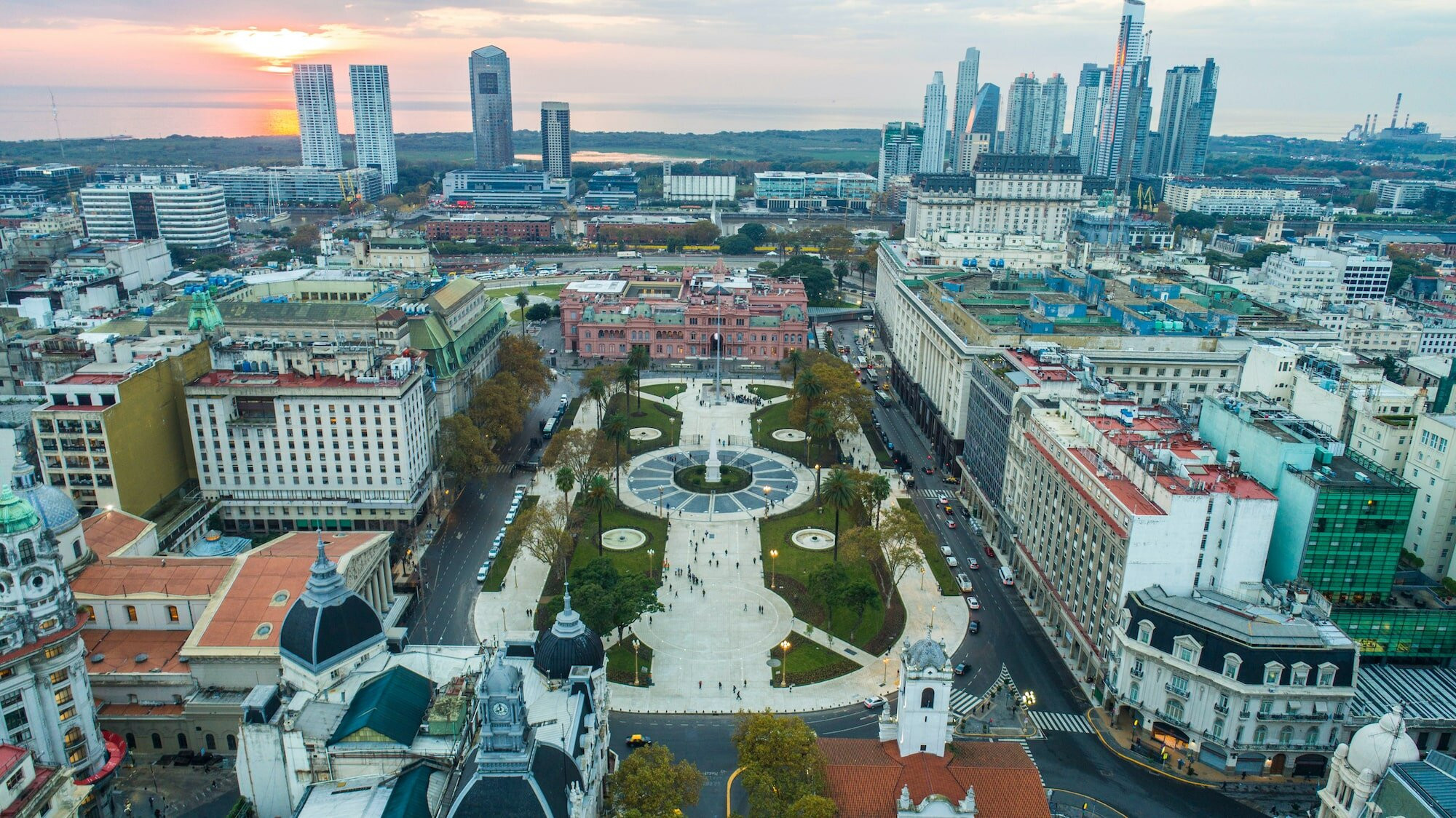