Although most people will book a cruise to the Chilean Fjords in order to embrace the scenic landscapes, there are also a number of cruise ports that are located in the area that you might get a chance to explore.

These ports aren’t like the big cities you might get a chance to visit elsewhere in South America given their location is more 'off the beaten track', and offer a unique cruise experience as a result.

There might not be quite as much to do compared to somewhere like Buenos Aires, Rio de Janeiro or Santiago but that doesn’t have to be a bad thing, simply because there are plenty of places you’ll visit in South America where there can be TOO much to do when you only have limited time ashore…

The major port when cruising around the fjords is Punta Arenas, which is one of southernmost cities in the world - a title is often given but which could also be true of at least two other cities in the region, most notably Ushuaia.

Situated between the Atlantic and the Pacific towards the southern tip of the country to the north of the Strait of Magellan, Punta Arenas originally served as a penal colony by the Chilean government which was keen to create a permanent settlement in the region.

That original settlement would eventually be moved to the location where Punta Arenas now stands and would expand as the sheep farming industry grew, and as a number of incentives were offered to encourage people to move to the region.

The discovery of gold in the late 1800s led to an influx of people and even though many of those would leave once the gold rush had drawn to a close, the sheep farming industry would continue to grow and Punta Arenas also become an important trading port for ships that were passing around Cape Horn. 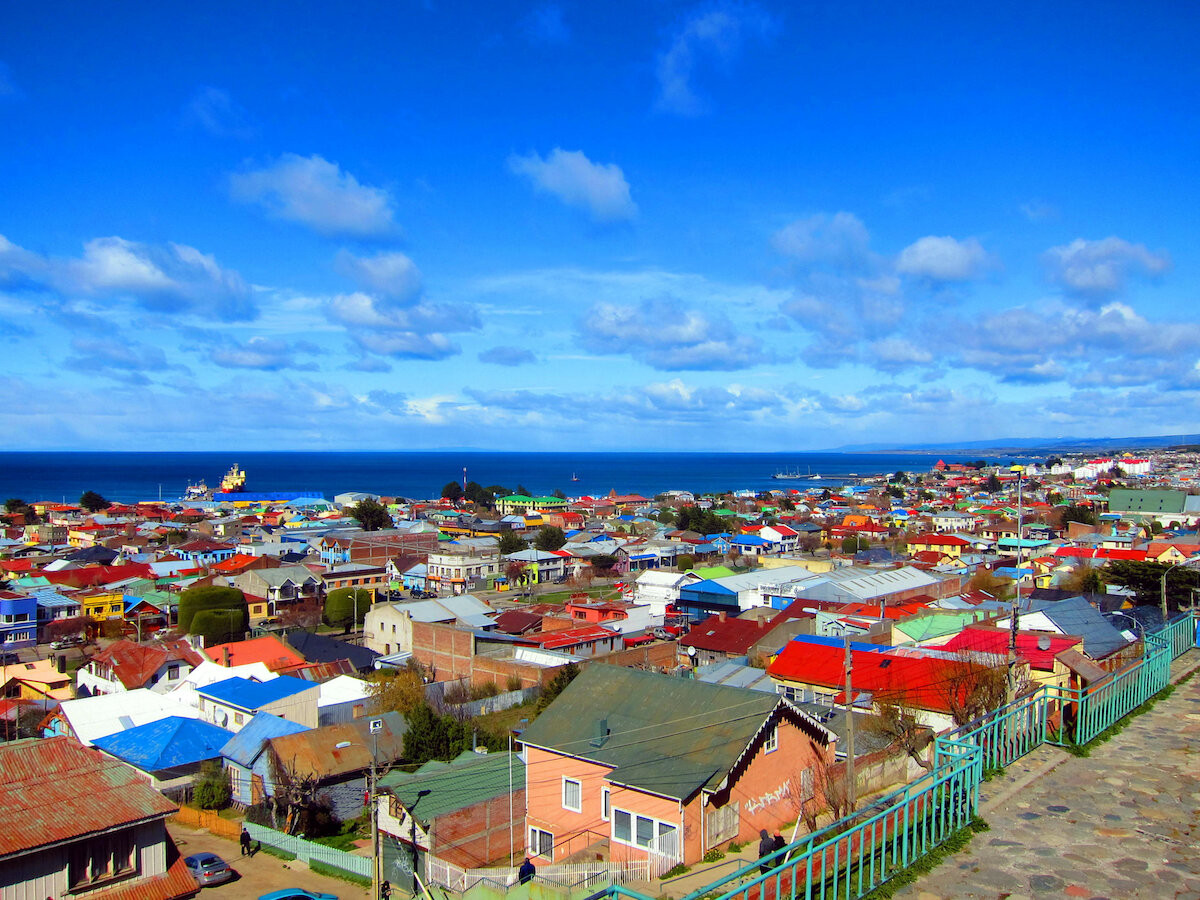 That was particularly true before the opening of the Panama Canal, with ships having no option but to pass by Punta Arenas when passing from one side of South America to the other.

Although no longer seen as such a vital trading port, Punta Arenas remains an important city for Chilean sovereignty and has also become an important destination for tourism. That is partly because of the fact that it acts as one of the gateways to the Chilean Fjords, but also because it is a popular starting point for trips to the Antarctic and for exploration of the Torres del Paine National Park.

That National Park is famed for its glaciers, lakes and towering peaks - including the Cordillera Paine - and features a number of hiking trails that are worth checking out if you are visiting between spring and autumn. A trip to see the penguins that are found on Magdalena Island across the Strait of Magellan might also appeal if you want to make the most of the natural attractions close to the city.

Many cruise lines will also operate trips to Fuerte Bulnes, a historic fort located to the south of Punta Arenas and which dates back to the 1840s.

Should you decide to spend your time within Punta Arenas itself, there are various things you can do, which include a visit to the Nao Victoria Museum; which houses a full size replica of one of the first ships to go around the globe and offers an interactive experience that tells the story of the area around Punta Arenas.

It’s one of a number of museums, with the Museo Salesiano Maggiorino Borgatello, featuring various cultural artefacts and with an impressive display of the local flora and fauna, and the Sara Braun Museum in the museum where a prominent Chilean businesswoman lived both popular with tourists.

Seafood and lamb, unsurprisingly, are the main highlights of local dining if you decide to head for a restaurant to grab a bite to eat whilst wool goods are commonly found and are the most popular thing to take home as a souvenir.

Located further to the north is the city of Puerto Montt, which is the other main port in the Chilean Fjord area. In fact, in most cases this is the final port you’ll visit before heading into the fjords and the Chilean Lake District to take in some of the most dramatic landscapes that South America has to offer. 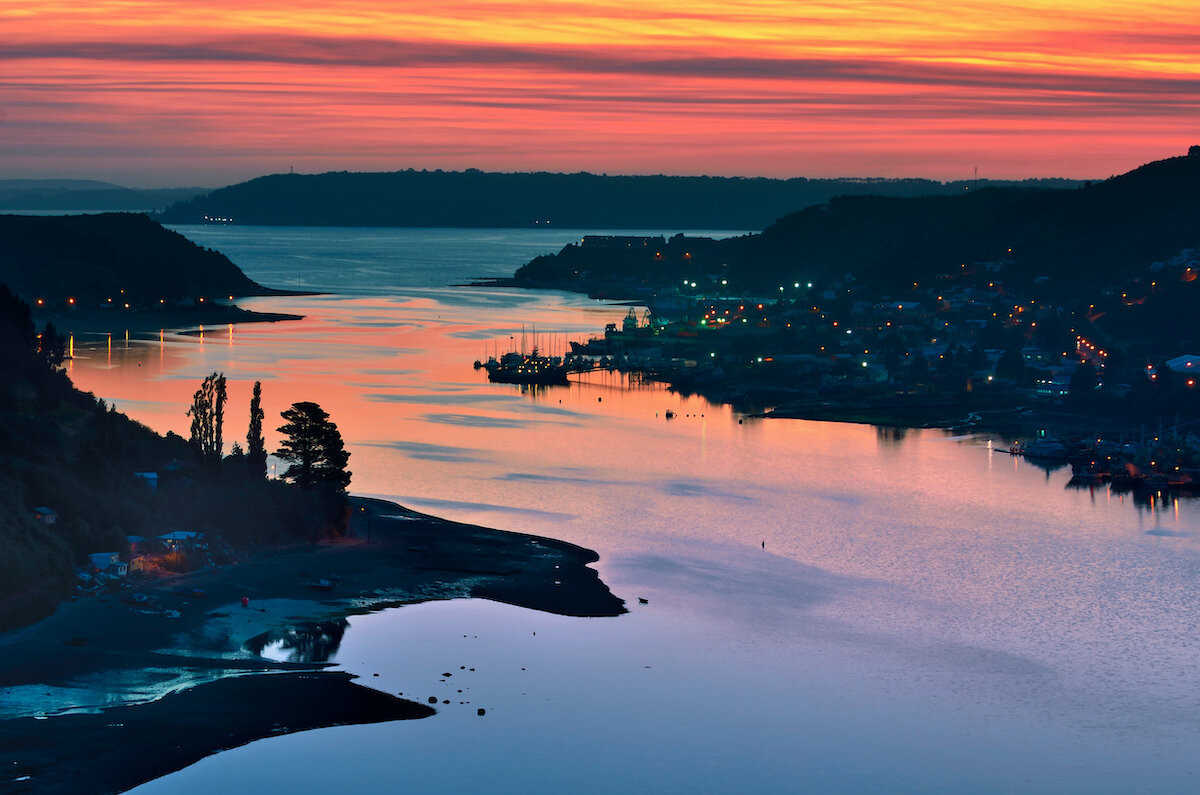 Founded in the 1850s German colonists, the town has something of a European feel to it and has recovered well from an earthquake in the 1960s that caused widespread damage and resulted in much of the city being extensively damaged.

Recovery was aided by the fact that, despite its relative remoteness, Puerto Montt had direct links to the Chilean capital Santiago and was one of the regarded as one of the most important urban areas in the regions; so much so that it would become the capital of the Los Lagos Region and one of the commercial centres of all of Southern Chile.

Retaining something of a small town feel, Puerto Montt has various things to see and do, which will all come down to how much time you have to spend ashore.

You might decide to spend some time exploring the Museo Histórico if you want to learn more about the history of Puerto Montt through the years and examine photographs that reflect the way in which it has developed into the bustling port it is today. That busy port isn’t just down to tourism, but because of the local salmon farming industry - which means you’ll find no shortage of fresh fish in the local restaurants and in the authentic fish market.

Close by, the Angelmó handicraft market is a great place in which to pick up some locally made souvenirs that will serve as a permanent reminder of your trip.

Most cruise lines will offer trips that head out from Puerto Montt into the surrounding area, including the quaint town of Puerto Varas, which is home to various restaurants and a bustling market of its own. The town was founded by German immigrants and has an air of Bavarian charm about it, as does Frutillar - which is home to a museum that explores how the German settlers lived and worked in the region when they arrived in the 1850s.

With more time to explore, you could head for the Petrohue River to take part in a range of recreational activities that including kayaking and whitewater rafting, enjoy a walk around impressive waterfalls and through verdant forests or even visit Osorno Volcano - a snow capped peak that is one of the most iconic peaks on Chilean soil.

For a special experience, your cruise line might even offer the opportunity to visit a traditional ranch for a special show from Chilean cowboys followed by a barbecue with local meats washed down by some top Chilean wine.

Whilst there is little doubt that the fjords themselves are the main draw when exploring southern Chile, both Punta Arenas and Puerto Montt show that there is plenty more to see and do, so drop our expert team a call today and see what offers we have on trips to the region. 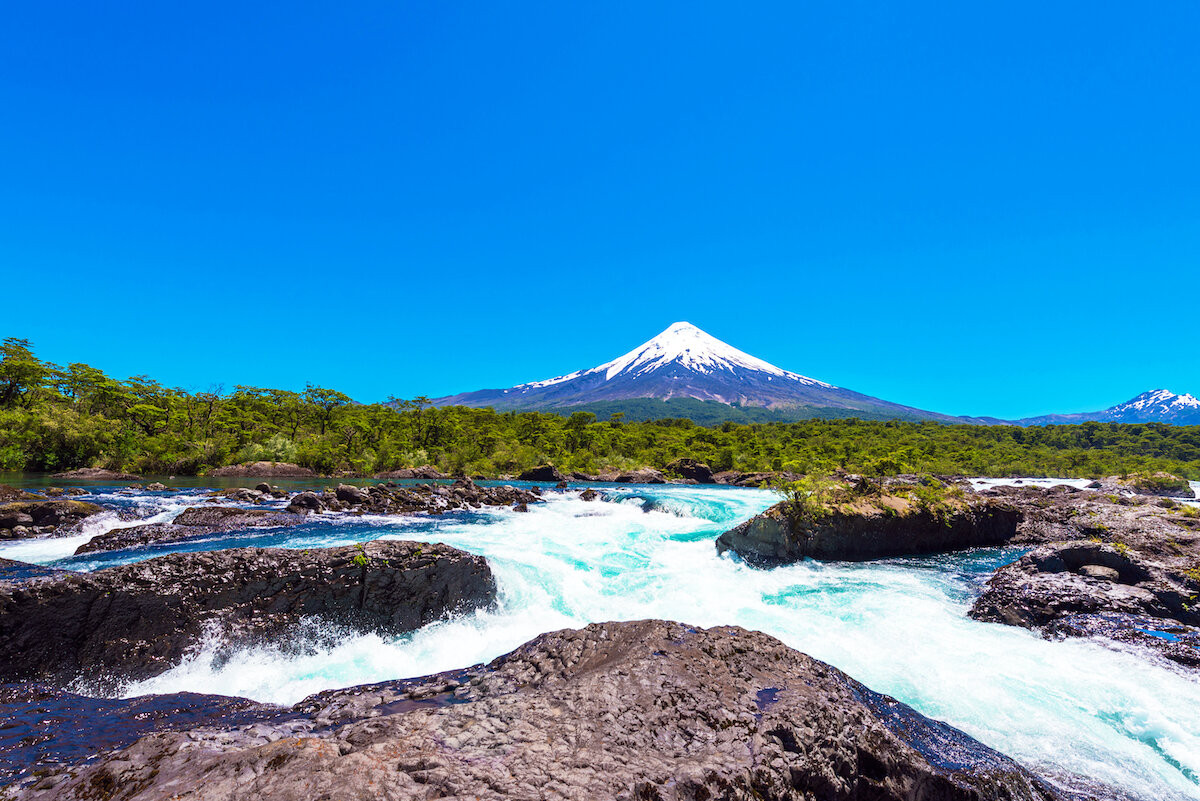