One of the highlights of a cruise around South America is the opportunity to visit some of the most iconic cities that can be found anywhere in the world; destinations that are rich in history and culture and which have endless stories to tell as you wander through the streets.

Rio de Janeiro on the South Eastern coast of Brazil is arguably one of the most iconic of the lot, and a city that is known around the world for having a unique and vibrant atmosphere all of its own.

So why should you try and make sure that your trip around South America includes a trip to a city that could almost be the beating heart of Brazil, and one that more than lives up to its nickname of Cidade Maravilhosa (or the Marvellous City for those who are less familiar with the lingo…)

Founded back in the 1500s by Portuguese explorers and named after a river that doesn’t actually exist, Rio has grown hugely through the years to become one of the largest cities in Brazil, with a population around three times the capital city Brasília and second only to São Paulo. 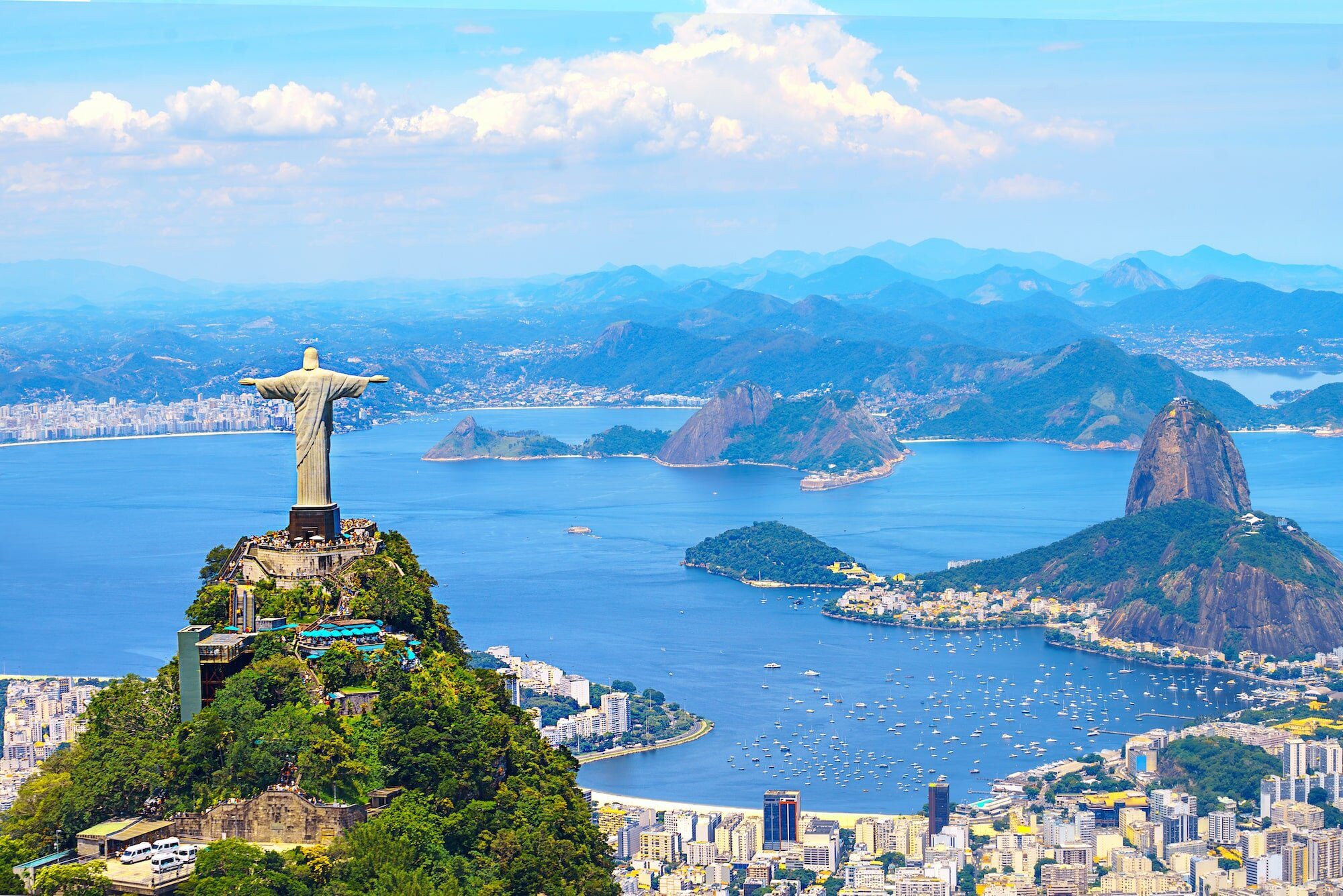 Once a city rich in gold after it was discovered in the nearby Mines Gerais region, and for a brief period the home of the Portuguese royal family, Rio - like many big cities around the world - has constantly evolved as the years have passed.

No longer regarded as the political, economic or financial capital of the country (despite having an important role to play in all three sectors), Rio has instead become Brazil’s 'go to' destination for tourists, who have helped to make the city one of the most visited in the whole of the Southern Hemisphere.

There are any number of reasons why that might be the case for millions of people every year and truth be told, there are way more reasons than we could even try to cover here - simply because there are so many hidden gems that you’ll only discover for yourself should you have the chance to visit.

We’re also taking into the account the fact that if you’re visiting as part of a larger South America cruise, you’re only going to have limited time available to explore the city, so picking out a few of the best things to do in Rio de Janeiro is much more helpful to you than trying to list each and every attraction….

Despite its sheer size, Rio is actually one of the more picturesque destinations you could visit in Brazil, situated as it is between two of its most impressive natural attractions.

On one side, you’ll find the towering peaks of Corcovado and Sugarloaf mountains, whilst on the other, the stunning blue waters of the South Atlantic Ocean come rolling in onto famous beaches like the Copacabana - the 4km long stretch of sand that is amongst the most recognisable and photographed in the world - and Ipanema; made famous by the Grammy award-winning jazz song released in the 1960s. 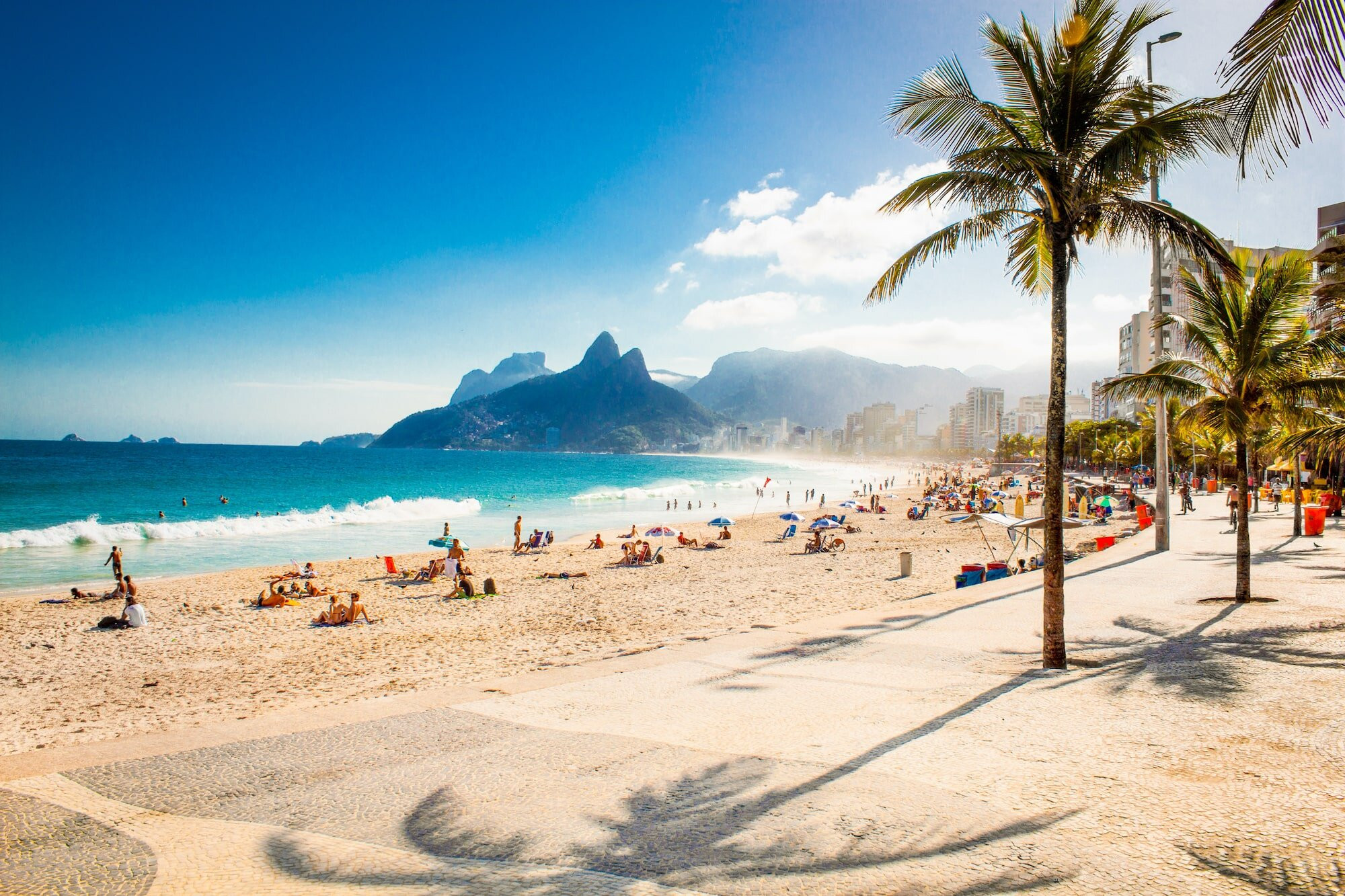 Without doubt, the two beaches are one of the top attractions for anyone heading ashore from their ship, with the opportunity to follow in the footsteps of the rich and famous names who have relaxed on the stunning white sands through the ages.

Relaxing probably isn’t on the agenda quite as much these days given how busy both Copacabana and Ipanema can be, with thousands of people heading for the sand on a daily basis. That’s particularly true during Rio’s carnival season when you can expect to find people dancing to live music and at New Year - when the Copacabana in particular gets packed out by revellers who want to enjoy the celebrations.

Should you be lucky enough to be visiting Rio over New Year then this event is one that you most certainly won’t want to miss….

Rio is about more than just beaches however, and a tour of the city will allow you to check out many of the historical sites.

Head to the Downtown district of the city and you’ll be able to visit the Paço Imperial, which once served as the residence of King John VI of Portugal, and various churches - which range from the historical old Candelária Church to the more modern day Metropolitan Cathedral of Saint Sebastian. Downtown is also where you can expect to find some of Rio’s most important museums, including the National Historical Museum and the National Museum of Fine Arts.

The Passeio Público meanwhile is Brazil’s oldest public park, and a great place to escape the crowds if you are seeking some peace and quiet. 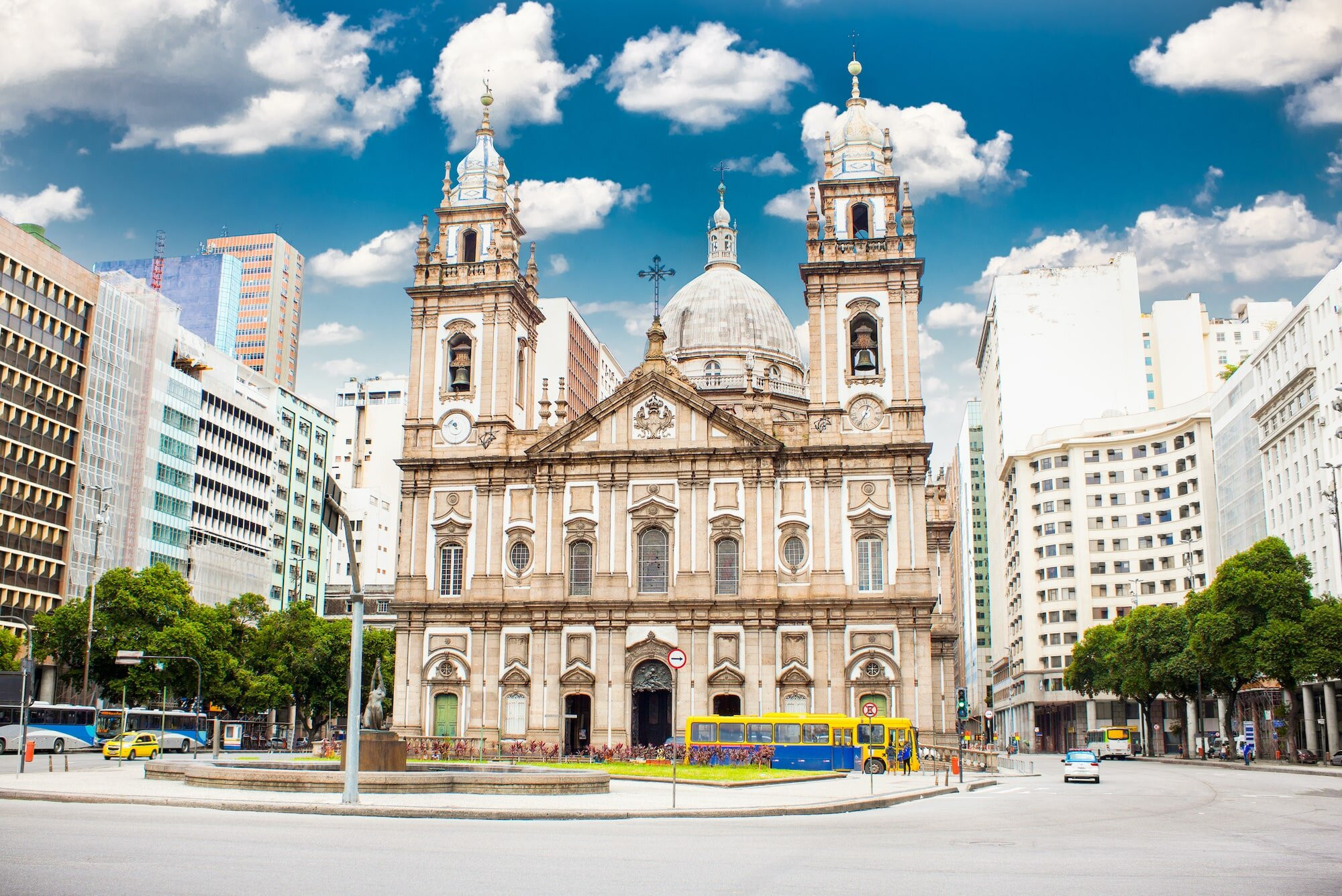 Take a trip to the North Zone of Rio, and you’ll find a number of alternative attractions, including the Imperial Palace and the world famous Maracanã Stadium that has hosted both the World Cup Final and the opening and closing ceremonies for the Olympic Games.

This is also the area of the city where you can expect to hear the sounds of samba music floating through the air, with a number of Rio de Janeiro’s most popular dance schools being located in the area.

When you’re ashore in Rio de Janeiro, you’re going to want to sample the local food and drink, and you certainly won’t be short of options.

You might well have noticed an ever-increasing number of Churrascaria restaurants opening back in the UK where you can sample various cuts of meat that are served Rodízio-style - with waiters bringing the grilled meats to your table on large skewers and you can eat as much as you want for a fixed price.

Sampling this style of dining on Brazilian soil is certainly an experience that you’re sure to enjoy but if you’re just looking for a quick snack then there are various snack bars and restaurants where you can try other traditional dishes like Feijoada, or stick to international dishes that you’re more used to back home.

Wash it down with a refreshing caipirinha or a cool pint of Brahma, Brazil’s oldest beer, and you’re onto a winner. 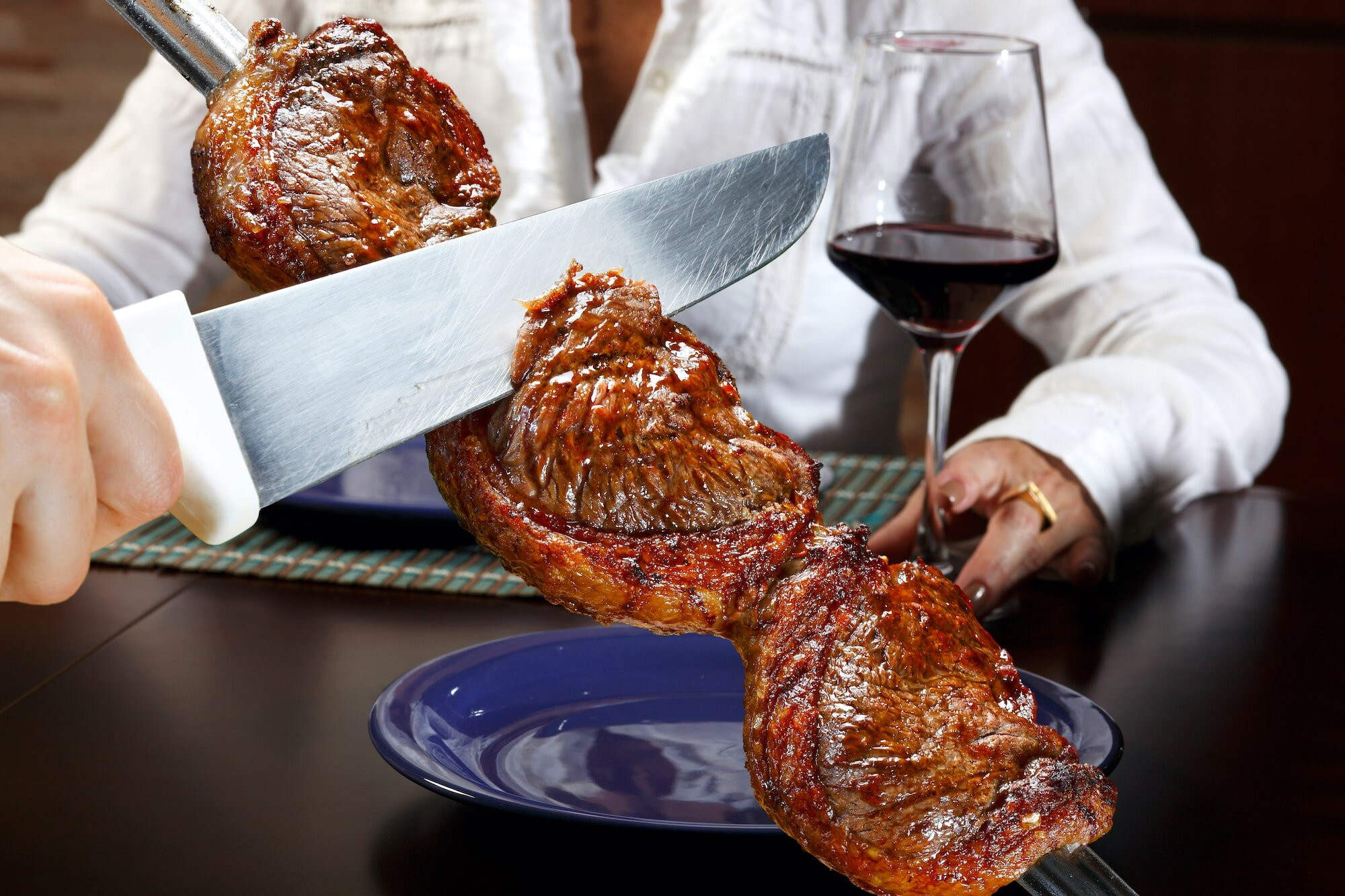 Of course, not everyone who visits Rio will want to actually stay within the city itself, with the two mountains previously mentioned being just as popular as the beaches.

Corcovado, which sits within the Tijuca Forest to the west of the city centre, is the one that you’ll know from the iconic images of the Christ the Redeemer statue looking down across the city below.

The art deco style sculpture was built across a nine year period from 1922 to 1931 and has become a cultural icon for both Rio as a city and a Brazil as a whole. Take a ride on the funicular trains that leave Cosme Velho station on a regular basis and you’ll soon be at the summit where you can not only marvel at the statue from close up, but also be amazed at the views that await of the city below.

Just be aware that you can face quite a wait at the station to catch the train during busy period as there will be plenty of people who want to join you in making the trip, but only limited places onboard…

Sugarloaf Mountain by contrast sits on a peninsula that juts out into the Atlantic and is another fantastic place from which to take in views across Rio - even more so that from the summit of Corcovado.

Reaching the summit is via a popular ride in two cable cars, one of which runs from Morro da Babilônia in the Leme neighbourhood to Morro da Urca, and a second that then goes on to the summit.

It’s clear to see that Rio is a city that has a huge amount to offer anyone who visits, so get in touch with our expert team today and ensure that you can check it out for yourself!