If you were to suggest a cruise to the fjords then most people would immediately think you were planning to head for Northern Europe for a trip around Norway and Sweden.

There is certainly no shortage of options if that is the case, with a number of leading cruise lines operating trips that allow you to marvel at the scenic majesty of the likes of Nærøyfjord, Hardangerfjord and Geirangerfjord being accessible with relevant ease from the UK.

Whilst cruising across the vast open expanses of the ocean and visiting idyllic islands or famous cities is what many people are looking for from a cruise holiday, there is something special about instead heading inland to explore these deepwater fjords.

Cruising alongside towering cliffs, marvelling as the stunning beauty of cascading waterfalls and getting up close to the natural wonders of the many famous glaciers that are located across the region.

However, if you think you have to head for Northern Europe to visit the fjords then you’d be sadly mistaken, with a number of options available elsewhere in the world.

As a prime example, the fiords of New Zealand (note the different spelling) are a magical place to visit if you are on the South Island, whilst a cruise around South America means you could book onto a trip that visits the many fjords of Chile.

The latter is something that you might not have considered when looking at South America as a holiday destination, with much of the focus in the region being on the colourful and cosmopolitan cities like Buenos Aires, Rio de Janeiro and Lima.

It means that more scenic destinations, like the Chilean Fjords, may get somewhat overlooked but that certainly shouldn’t be the case. In fact, should your cruise be one that visits the Fjords, it might just prove to be the highlight of your trip…

The Chilean Fjords are located towards the southern tip of the country in a region that is very much isolated from the big cities, so much so that the network of channels are vitally important for the transport of both people and goods to some settlements that can’t be accessed with ease by road.

The fjords have also long been used by larger ships that were looking to shelter from the stormy waters of the South Pacific as they rounded Cape Horn at the very tip of South America; offering refuge, but also being a key part of many older trading routes.

Whilst the creation of the Panama Canal has reduced the number of ships that need to sail around Cape Horn for trading reasons, there are plenty of cruise vessels that still head for the region throughout the year as tourists look for ways in which to experience a different side to South America.

The Chilean Fjords are certainly an impressive sight to behold, with towering volcanoes and stunning waterfalls serving as a backdrop to your trip through the deep waters that take you off the beaten track to marvel at the wilderness.

Although you can visit the fjords at any time of the year, the most popular time tends to be during the spring and autumn months - from September to November or March to April - when the conditions will be relatively mild.

Book a trip during the summer months and the temperatures can be quite high as is the case across South America, but during winter, the fact that you are heading towards the southern tip of the continent and getting closer to Antarctica means it can get very cold.

Even during the more favourable months to visit, the weather conditions can vary quite a lot so you’d be advised to pack for changeable conditions as you don’t know what you might end up facing.

So why should you consider a cruise that visits the Chilean fjords? 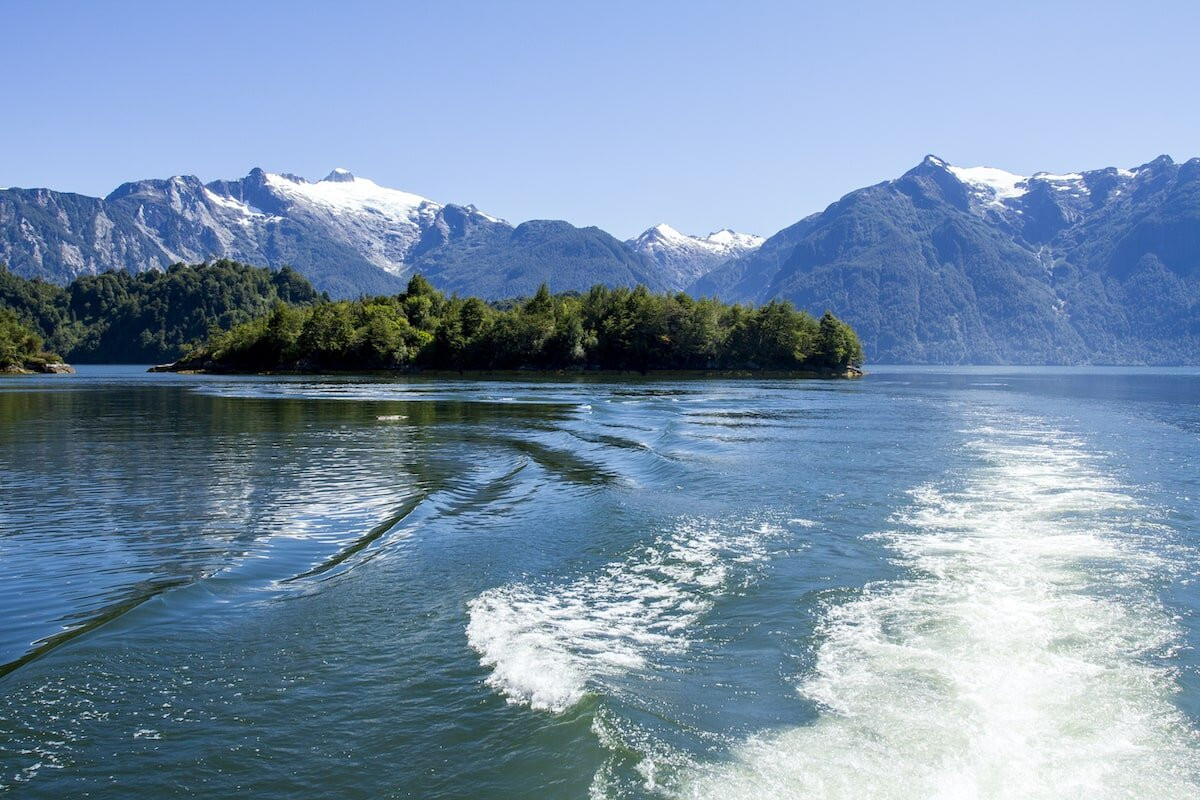 For a start, it’s one of the best ways in which to spot some of South America’s native wildlife, including a number of species that you might not have even realised were to be found in the area.

Penguins are one of the most common sights, which you may not have thought about given that South America is more commonly associated with jungles and forests, whilst you shouldn’t be surprised to see plenty of seals lazing around on the side of the water once they’ve gorged on a meal below the surface.

There is no shortage of marine life either, with dolphins often seen playing swimming alongside boats as they cruise through the fjords and the winter months being the perfect time in which to go whale watching as orcas and humpback whales make their way through the area whilst migrating.

When it comes to the scenic sights, there are few that can match the majesty of Chile’s glaciers which - like many others - are getting smaller over time. The area known as Glacier Alley is particularly impressive and is widely regarded as one of the most scenic frozen sites on the planet.

Seemingly flowing down from the towering mountains that are found across the region, these glaciers are constantly changing and - if you are lucky - you’ll be able to see ice breaking away from these glaciers and plunging down into the water below.

That might be from the luxurious surroundings of your cruise ship, or maybe even from a smaller zodiac style vessel that are widely used to enable visitors to get closer to nature and to reach areas that the big ships can’t get to.

These zodiacs also provide a way in which to head ashore to explore the various national parks that are to be found in the region surrounding the fjords, with a number of hiking trails where you can follow in the footsteps of famous explorers from the years gone by and embrace areas that could be used to define the phrase 'off the beaten track'.

Perhaps you might want to explore verdant areas of woodland, take a hike up towering mountains to marvel at the views below or even head for the 'End of the Earth' at the extreme south of the fjords towards Cape Horn.

One other thing to bear in mind is that a trip to the Chilean fjords will allow you to marvel at some of the most stunning sunrise and sunsets you are ever likely to see. Okay so Norway might have the Northern Lights. but the sight of the bright sun against the Chilean glaciers is one to behold

The Chilean fjords is a region that you really do have to see and experience for yourself - just make sure you don’t forget your camera as you’ll want to make sure you snap plenty of memories whilst you are there! 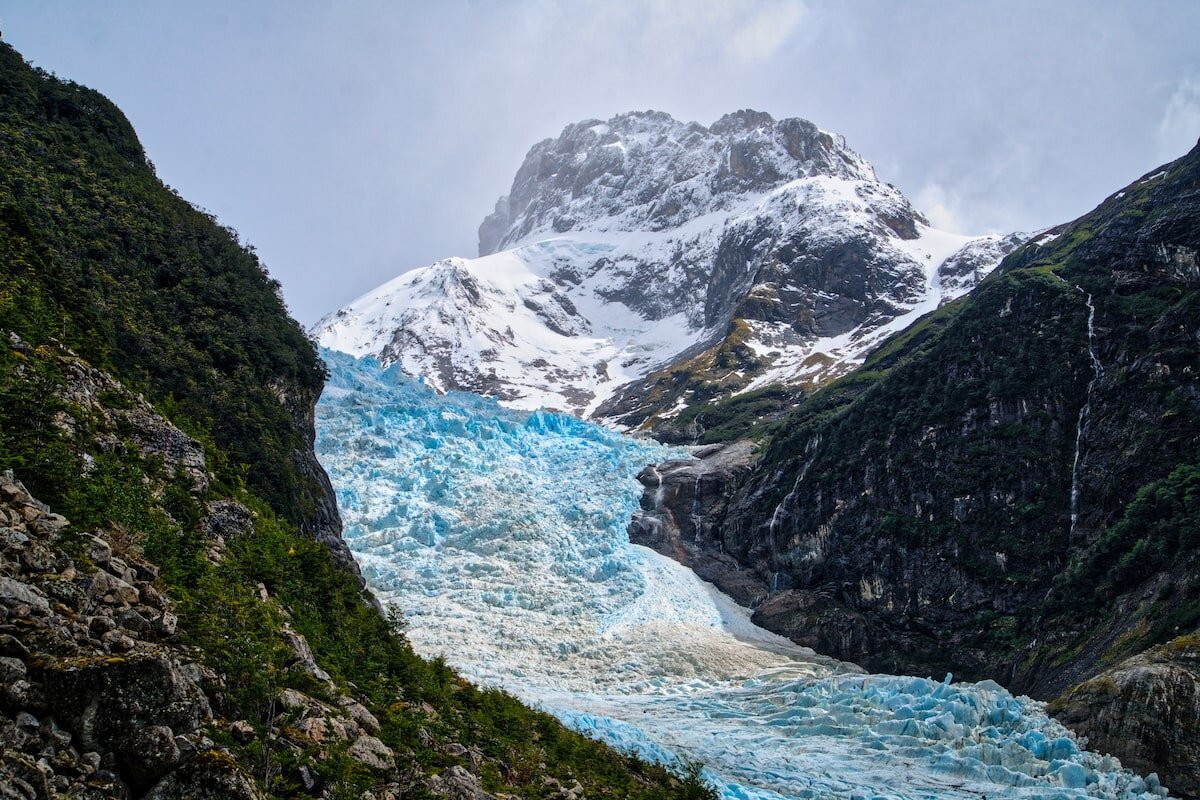